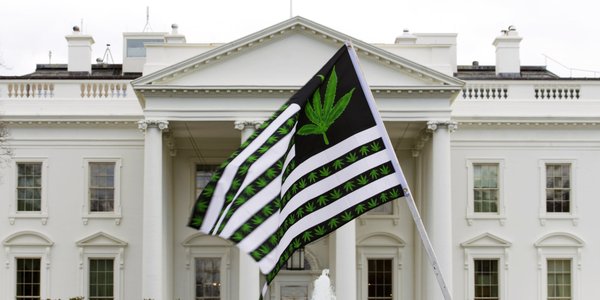 With the increased popularity of THC Vape Pens, it would benefit users and other individuals concerned with possible adverse effects to understand the health related statistics regarding the consumption of THC oil through Vape Pens.

Studies Are Still In Progress

As one of the more recent methods of vaporizing THC oil, Vape Pens are undergoing research continually, meaning there are few conclusive studies on the product. Consumer reviews, scientific studies, and improvements from an engineering standpoint are under collaboration for this growing trend.

There Are Various Types Of THC

The cartridges of “vape juice”, containing the cannabis derivative, carry any number of THC based products. Depending on the strain of the extract being incorporated in the cartridges, the oil can affect the user very differently. There are even blends of several types, each resulting in a different form of relaxation, stimulation, or any similar effects that might be obtained if the user were smoking cannabis; this method, however, cuts out the smoke-based carcinogens.

Despite a lacking of large-scale studies, those that have been performed on the use of THC in Vape Pens have shown that the strain on a user’s lungs and respiratory system is considerably less than if they were to burn and smoke physical marijuana, whether rolled in paper or a pipe. The oils in their vaporized form are, while quite potent, not nearly as heavy with carcinogens, such as smoke as a result of burning.

In terms of combusting the THC oil and inhaling it, the risks associated with vaping as significantly mitigated when the temperature set on the Vape Pen is high, reaching nearly 400 degrees Farenheit. This offers a more complete burning, so the fumes are comprised of mostly canniboids, rather than other “waste” by-products, similar to those released by smoke. The process can be thought of similarly to how a fire works. If a wood fire is smoldering, it burns slower, less cleanly.

The majority of THC concentrates suited for Vape Pens contain varying amounts of Butane Hash Oil. That is the same type of butane that is used as lighter fluid. The way these oils can be extracted cost effectively, is that a manufacturer will compress cannabis into a steel tube and use butane to pull the hash oil out. The distributors utilize non-smoking grade marijuana, not wanting to waste its sufficient supply of THC. These oils have been known to combust under high heat, causing the vaporizer to explode or catch on fire due to the faulty vape pen systems and volatile Butane Hash Oil.

THC Oil Is Much More Potent Than Marijuana Alone

Similarly to how distilling liquor increases the alcohol content in any given amount of spirits, so too does the process of extraction increase the potency of THC after having been separated from cannabis. While the flower of a marijuana plant can contain an estimated 20% THC in the particulates being smoked, the concentration of THC in the marketed vape pen liquids can reach as high as 90%. This high concentration means that the time it takes, in addition to the amount of product being consumed in order to alter the recipient’s state of mind is greatly reduced. Users get high much quicker, depending on the quality and potency of the liquid cartridge being implemented with the vape pen.

Overall, the inhalation of combusted THC oils through the use of a vape pen is considerably less harmful than if it were smoked. It is not, however, without its issues and continues to be studied. Cannabis based oils are utilized for their ability to alleviate pain and supplement medical treatments, as an alternative to other drugs which may have a more harsh permanent effect on users in comparison to cannabis. The choices regarding using THC vaping, as well as which varieties of equipment and oil, remain up to the user and should be researched individually.